Friday Fun is a group post from the writers of the NHWN blog. Each week, we’ll pose and answer a different, get-to-know-us question. We hope you’ll join in by providing your answer in the comments.

QUESTION:  The end of the year is coming up fast, and pretty soon everyone will be posting their “Best of” lists for 2016. We thought we’d get started early by asking about favorite BOOKS and favorite MOVIES (after all, both involve writing and both are all about stories). 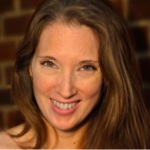 Jamie Wallace: I’m not ready to choose a definitive favorite book for the year, but I can name a FEW favorites: My Grandmother Asked Me To Tell You She’s Sorry by Fredrick Backman, The Girl Who Drank the Moon by Kelly Barnhill, and Born a Crime by Trevor Noah.

As for movies … I’m not even 100% sure which movies I managed to catch this year, but I did love Swiss Army Man with Daniel Radcliffe of Harry Potter fame;  the Harry Potter spinoff, Fantastic Beasts and Where to Find Them; and I have to admit that I also enjoyed Suicide Squad.

I still have SO many 2016 book and movie releases to catch up on, though … LOTS to read and watch! (I can’t wait!)

Deborah Lee Luskin: I hardly ever watch TV or go to the movies, but this has been a banner month for both: I watched The Crown (Netflix), which made me feel sorry for the royals – not something I ever thought would happen. The series makes it quite clear that the monarch has little power, even over her personal life, which is filled with private heartache that no number of fabulous dresses can compensate for.

At the movies, I just saw Arrival, which I thought was stunning – and I thought I was allergic to sci-fi! But the lead is Louise Banks, an academic linguist who can function outside the Ivory Tower, under pressure, in ordinary clothes, and is female! SPOILER ALERT! And there’s a great twist to the usual invasion of the aliens: they come to help humanity, not destroy it. Most intriguing of all, however, is that this narrative is told without any connection to chronology. Are there flashbacks or flash forwards? I’m still not sure, but I’m surely intrigued.

Diane MacKinnon: My favorite book of the year (so far!) is Love Warrior: A Memoir, by Glennon Doyle Melton. I admire her honesty and her humor. As far as movies, I’ve only seen a few, but I thoroughly enjoyed watching Bad Moms on my computer in a hotel room one night when I was at a review course. It was a great laugh break!

Lee Laughlin: There is no way I could pick a favorite book, I can however pick the book that has the most impact on my well being, Dan Harris’s 10% Happier. It’s about his efforts to begin a meditation practice. It’s at turns honest, poignant and funny.  It has also been instrumental in my beginning a meditation practice. I’m up to 10 minutes!

Movies. Hmmmm, I think I saw a few in 2016. The only one that comes to mind that was actually released in 2016 was Finding Dory, loved it. I also saw The Big Short and Walk in the Woods with my mother-in-law while she was recovering from a broken hip. They were both great movies.